A number of other bloggers, along with myself, are celebrating the 30th anniversary of the Final Fantasy franchise by releasing a large collection of memories and reviews of its numerous games in a megapost titled:

You can visit my own contributions to the celebration by scrolling down to my Final Fantasy Dissidia posts!

Whether your a long time fan, a fanatic like myself or someone who isn’t even into gaming but wants to find out what all the fuss is about, check it out! Enjoy!

After your done reading this read my follow up post: 10 Reasons Dissidia 012 is the Greatest Fighting Game Ever (That You Have Probably Never Played)!

Anyone who has been on my blog for more than ten minutes knows that I love, Love, LOVE Final Fantasy. There’s just something about the series as a whole that I can’t get enough of. With fantastic story lines, great characters and innovative systems of gameplay, it has been my favorite series of games since the first time I played it, all the way back in 1987.

Over the years Final Fantasy has taken on a number of different forms besides the typical RPG format. Chocobo Racing injected FF series characters into the Mario Kart format. Dirge of Cerebus fused FF7 with the first person shooter genre. Theaterhythm even took the series into the rhythm game genre! Dissidia, however, placed the game firmly in the fighting game genre and what a place to be! Though it was released AFTER Dissidia Final Fantasy, Dissidia 012 [duodecim] Final Fantasy (what a name!) is actually the prequel to Dissidia, and will be the subject of this post. 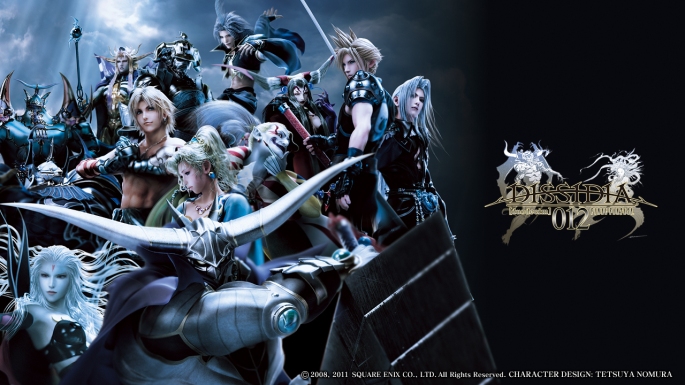 To me Dissidia is one of the more important games in the Final Fantasy series, despite it not being a ‘big budget’, main line title from Square Enix. See, since the beginning every FF game has had shared similarities without really tying into one another. However you would note (with pleasure) that the games shared many commonalties in elements like monsters, summons, magic and weapons. What FF game would be complete without a chocobo somewhere in the game, if even just in the background somewhere? Or how would we feel if we went though an entire game without seeing a single summon (well, those weren’t around the first couple of games, but now they are a big part of the FF mythos)? Each FF game has had their own version of these similar elements, yet still it is never really explained as to why such similarities exist. Dissidia is the linchpin that ties every game in the Final Fantasy series into one big FF multiverse! This means that, though they are each separate stories, each Final Fantasy game is tied into one another by one grand struggle between the gods Cosmos and Chaos.

Supposedly ‘duodecim’ translates as: Twelfth Conflict. Makes sense, as this game refers to the 12th cycle of an endless battle. Even so, it makes for a really long name for a game. Especially when ‘012’ is already in the name. 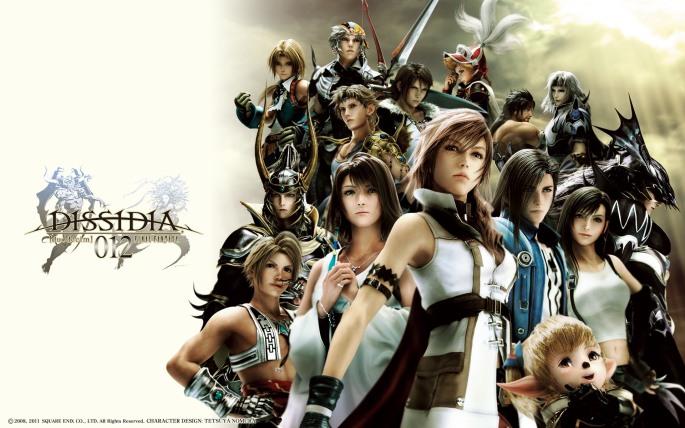 END_OF_DOCUMENT_TOKEN_TO_BE_REPLACED

If you haven’t already, please take a moment to check out the first post in this series: Great Games: Dissidia 012 [duodecim] Final Fantasy!

No doubt you have seen, on this very blog, several posts espousing the glory that is Dissidia 012 [duodecim] Final Fantasy. What I perhaps have not conveyed properly is the true scope of awesomeness that is this game, and why, in my mind, it is the greatest fighting game ever made. “Wait a minute, SnapperTrx, how in the world can you say that? You sound like a loon!” you may say, but allow me to elaborate!

First of all understand that I lived through, and played through, the golden age of arcade fighters. I remember playing the original Street Fighter, the one with only two massive buttons. I remember the rise of Street Fighter II, the SNK clone King of Fighters, the incredible Samurai Shodown and the vastly superior Samurai Shodown 2. I remember the clunkers who’s horrible gameplay and graphics are stuck in my mind as nightmares, yet they were so awful I cannot remember their names (“Fighters History”, “Time Killers”, I think…). I recall the rise of one Mortal Kombat and the much touted Killer Instinct. I paid my dues at the Marvel vs. Capcom machine, and paid even more at the Marvel vs. Capcom 2 machine! I have owned many console fighters and for many, many years, would NEVER touch a fighting game on a console that did not have a fighter stick attached to it. My credentials are good.